The official religion in Iran: Shiism

Previous Next
The official religion in Iran: Shiism

However, being Muslim did not mean that they were loyal to the central government or caliphate, and the resistance against the invaders has channeled into different movements, Shiism was one of the most powerful ones. 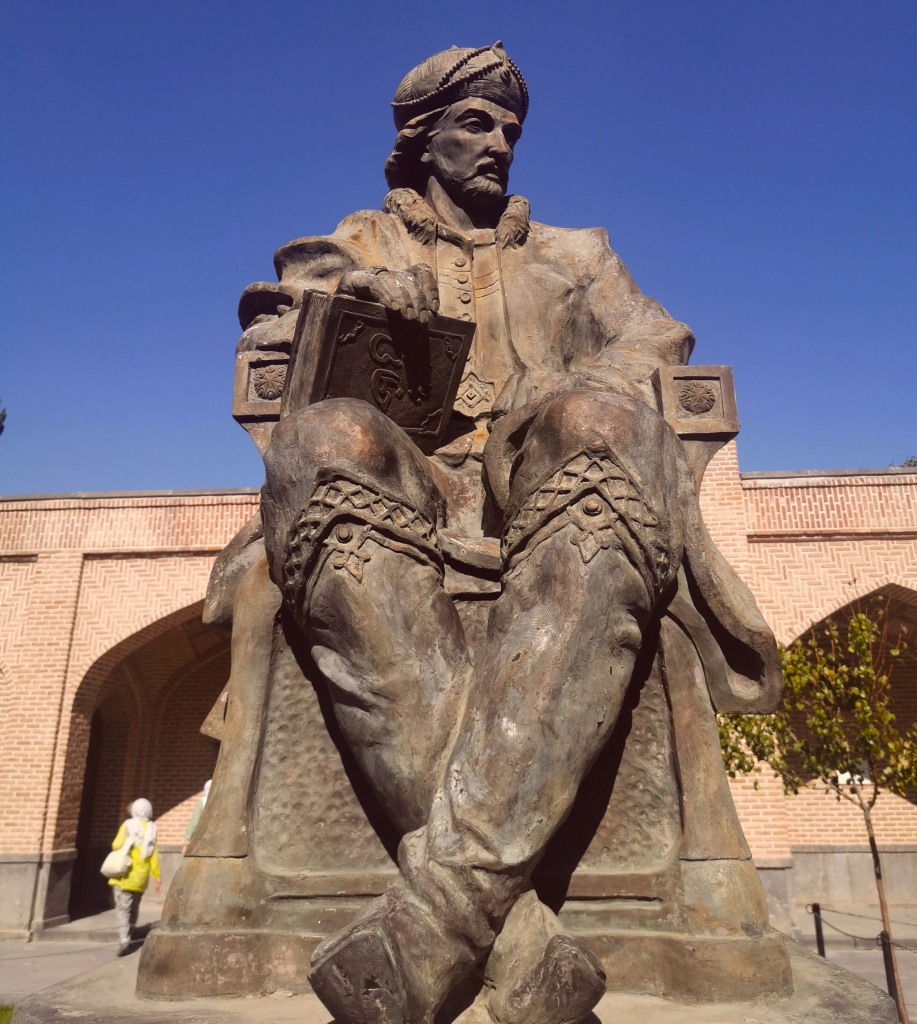 Shah Ismail I, the founder of the Safavid dynasty

The Shiia Muslims finally took the power in Iran under the flag of the Safavid Empire and Shiism became the main and official version of Islam in Iran even by the force of swords since the 16th century.

But what is Shiism? What are its differences with other branches of Islam like Sunnism? And is the Iranian version of Islam different from the one in Europe?

Both branches of Sunnism and Shiism are rooted in the same faith of Islam. However, the challenge has started exactly the day after the death of the prophet Mohammad.

From that day these two groups started two parallel traditions in the history of Islam. Both began to build schools and regulations different from another, to be well distinguished. Now that we look at the results of these two different lines of thought and philosophy, we might be even looking at two different religions with totally different basic beliefs.

Although Sunnism became the most widespread one, but the movement of Shiism resisted and became one of the main branches of Islam and exists until now in many countries in the middle east, with the majority in Iran.

The first stone of separation was built on the question of succession. Since that day based on Shiism, the prophet’s cousin and his son in low Ali is his true and legal successor. The lineage of succession after him continued with his two sons, Hassan and Hossein, as his rightful heirs. After Ali’s two sons, the inheritance continued in this family for nine generations, until the late 9th century.

However, these successions did not happen without conflicts and disputes among the family members, as the result there were more divisions and branches formed out of Shiism. Some believe that the succession was ended with the 7th successor, the majority of this group are now living in the region of Kerman. Another sect believes in the succession of another son as the fourth Imam and called Zeydie.

According to  the theology of Twelvers, the 12th successor, whose name is Mahdi, is absent but lives in occultation and will come back as the savior of the world at the end of the world with Jesus Christ.

The belief to this messianic figure is one of the most important and basic beliefs of Shiism, a savior who will come at the end of the time.

Among these twelve successors, some of them are more principal in the history of Shiism. Imam Ali, the first Imam and the fourth caliph based on Sunnism; Imam Hossein (3rd Imam) who was killed by the caliph of the time in 670 A.D and known as the master of martyrs; Ali ibn Musa al-Reza (8th Imam), who is being buried in Iran in the city of Mashhad, and of course Imam Mahdi (12th Imam), who is the savior. 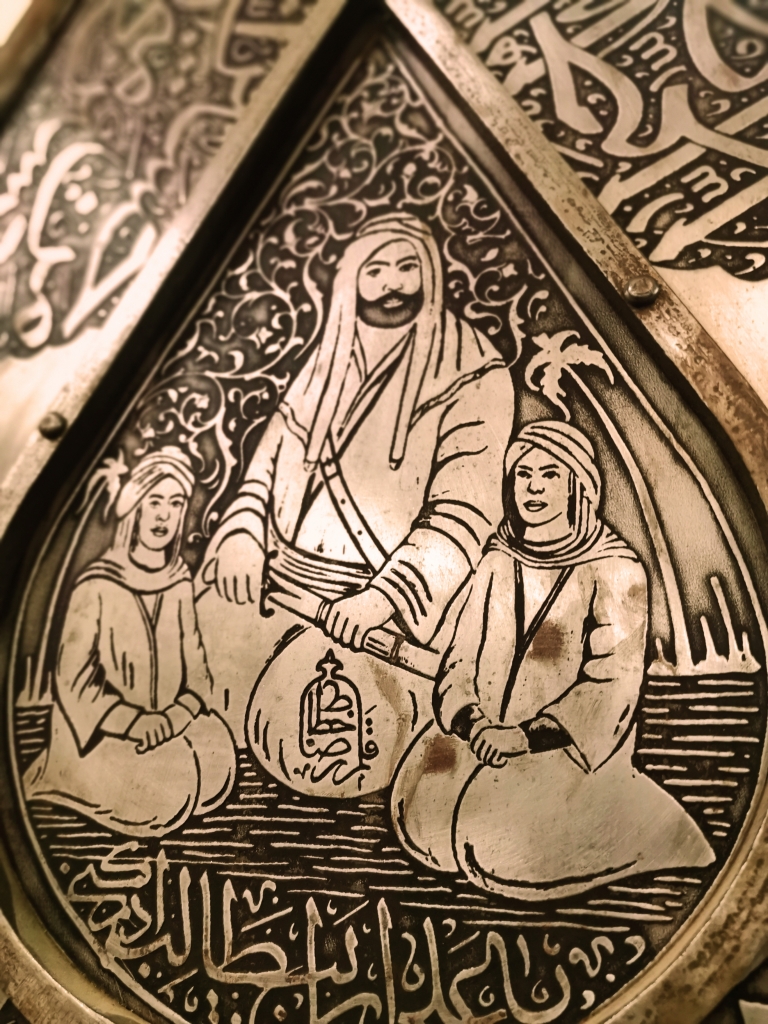 the portrait of Ali and his two sons Hassan and Hossein

But if the twelfth Imam is not present at the time, who is leading the community of Shia?

One should dedicate his life to religious studies and research in order to be able to interpret the Quran and Sharia. Only after years of learning and researching someone can become a high ranking scholar and have the capacity of leading the Muslim society.

Therefore, it is not possible for anyone to self-claim himself as the leader or caliphate. It is exactly the opposite of what happened with the terrorist group of ISIS in Iraq and Syria, when an anonymous person claimed to be the leader.

The scholars who are reaching this point are the representatives of the Absent Imam, the Ayatollah (Lit, signs of God), and responsible for adopting the religious regulations with the condition of the present time and leading the faithful community.

A local shrine (Imamzadeh) in a small town

The cult of martyrs and the link with God

One of the basic differences between Sunnism and Shiism is their attitude toward the relationship between human beings and God. Based on Sunnism, it is simply you and the God and nothing in between, if you have a demand you need to try to become close to God by being a faithful servant and tell him yourself.

In Shiism on the other side, there is a strong and respected cult of saints, including prophet and his close family, the descendants of the prophet’s family called Imams and Imamzade, the martyrs, and other saints who sacrificed their life for Shiism. The faithful can pray to these saints as the intermediate who are closer to God and some of them are even able to accomplish miracles and interfere in their ordinary life, such as healing power of their shrines.

This explains all of the ceremonies of Shiism being held carefully and completely every year. One of the most important ceremonies of this kind is being held during Muharram (the first month of the Lunar calendar) for commemorating the martyrdom of the grandson of the Prophet, the 3rd Imam. The main ceremony starts for the first ten days of Muharram, and then continues until the end of the second month, Safar.

Traveling to Iran during these two months is the best opportunity to see these ceremonies that being held in each region with their unique traditions. There is a culture of food, beverage, music and literature that is being developed around these ceremonies that is a mixture of Persian culture and Shiism theology. 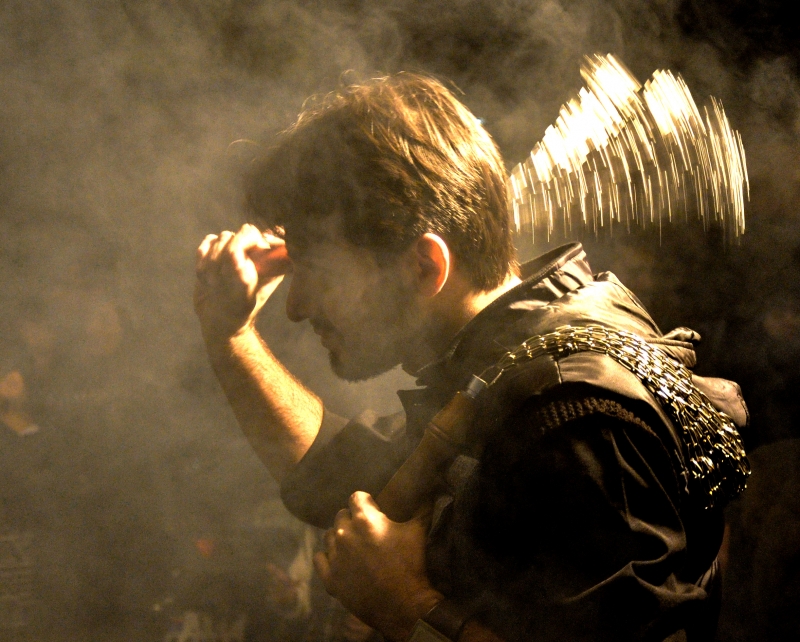 Furthermore, in Iran we have a strong cult of Imamzade, they are the descendants of the prophet and his rightful successors. Almost in any Iranian city or village, you find one or several small shrines, and the locals believe there is a holy person buried in that place with miraculous powers.

Among the most important ones who are buried in Iran, and their shrines are visited by thousands of Shiites from all around the world:

The prayers and other practices

Both Shiism and Sunnism believe in the daily prayers, Ramadan and other religious practices, with different ceremonies or timing or other minor details.

Both of these two main branches definitely believe in the afterlife and the resurrection. Perhaps the big difference is that on the day of judgment, the faithful Shia is definitely going to end up in heaven, since they believe that their love for Ali is a guarantee to enter their salvation, regardless of their actions in their earthly life. This salvation can also be guaranteed by donations they made in their life for the saints, Imams and martyrs.

While as I mentioned the relationship between humans and God in Sunnism is something direct and there is no intermediate in between. The Arbaeen pilgrimage to Karbala, Iraq

Regardless of all these differences, these two branches have so many similarities regarding the faith and the belief of Islam. In Iran, we have the chance to celebrate the variety of religions including Shiism and Sunniism living for centuries together in the same cities and communities, such as in Sistan and Baluchestan, Kurdestan and Kermanshah provinces, or northeastern and southwestern regions.

Iranians are grateful to their national identity which is a great bond among them and beyond all of their differences, it is thanks to this mutual understanding that Iran had been safe from the extreme interpretations of Islamist groups that dragged many countries into trouble.