Ceramic vessel from the earliest occupation of the archaeological site of Susa, ca. 4200-3700 BC

This trip is intended as an introduction to Iran, including prestigious ancient sites such as Persepolis and Pasargadae as well as an immersion into Safavid Ispahan and XXIst century Tehran. 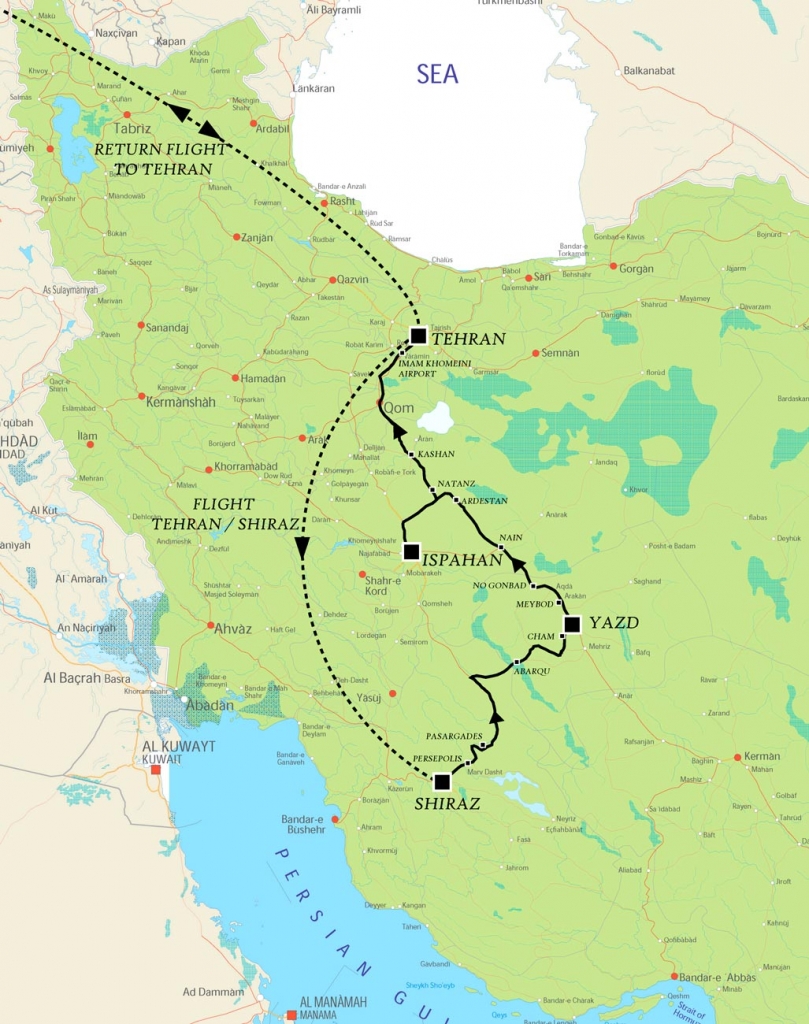 This trip is intended as an introduction to Iran , including prestigious ancient sites such as Persepolis and Pasargadae as well as an immersion into Safavid Ispahan and XXIst century Tehran. 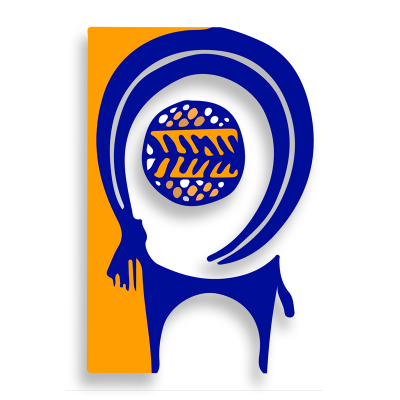 Arrival at Tehran; transfer from IKA Airport and accommodation in a city-center hotel (Howeizeh or Enqelab hotel).

Today will be all about Tehran, the ever-growing capital of Iran and the home of about 12 million residents, lying on the foothills of Damavand Mountain. We’ll visit the National Museum, developed in the 1930’s, which may be considered as a great introduction to the long history of the Iranian civilizations.

When the Qajar dynasty took the control of the country in the late 18th century, they decided to move the capital to Tehran and its throne to the palatial complex of the Golestan (UNESCO), not far from the bazaar. The Golestan Palace is a unique example of western influenced Iranian architecture dating back to the 19th century AD.

In order to complete this first day with Iranian culture, the Carpet museum will be the occasion to see a precious collection of handmade carpets, mostly from the 16th century up to the present showing the still living and evolving art of carpet-making in Iran.

Transfer to Mehrabad airport for the domestic flight to Shiraz (1h20 duration).

We’ll arrive in Shiraz in the evening where we’ll stay for 3 nights in one of the best hotels of the capital of Fars province (Setaregan or Zendieh hotel). 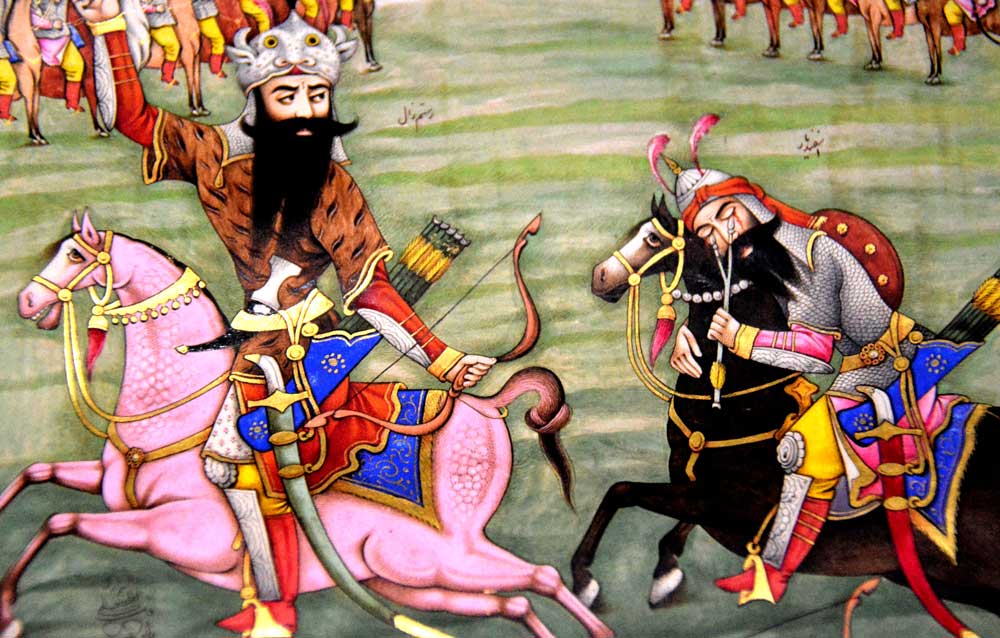 Today will be focused on the prestigious sites of the Persian antiquity. The morning visit starts with Persepolis (UNESCO), the great symbolic capital of the Achaemenid empire, founded by Darius the Great but the construction continued with his successors for two centuries, until the arrival of Alexander and its tragic ending. The great palaces of Apadana and One Hundred columns, the rock reliefs of delegations, and the royal tombs are the opening pages of the ancient dynasty who ruled Iran between ca. 550 BC and 330 BC.

Just nearby, we will visit four Sassanid rock reliefs in Naqsh-e Rajab and the great necropolis of Naqsh-e Rostam, carved into the mountainside, where the four Achaemenid royal tombs are look out onto a jaw dropping view. Approaching the site, the Sassanid rock reliefs narrate the stories of the victory and pride of the last pre-Islamic dynasty of Persia.

We’ll be back in the afternoon in Shiraz, the city of poetry and roses, beautiful women and just rulers. When visiting the tomb of Sa’di, the great poet of 13th century, and the tomb of Hafez, the poet of 14th century, we’ll spend a pleasant afternoon in the gardens of Shiraz where many Iranians come to pay tribute to their great poets. 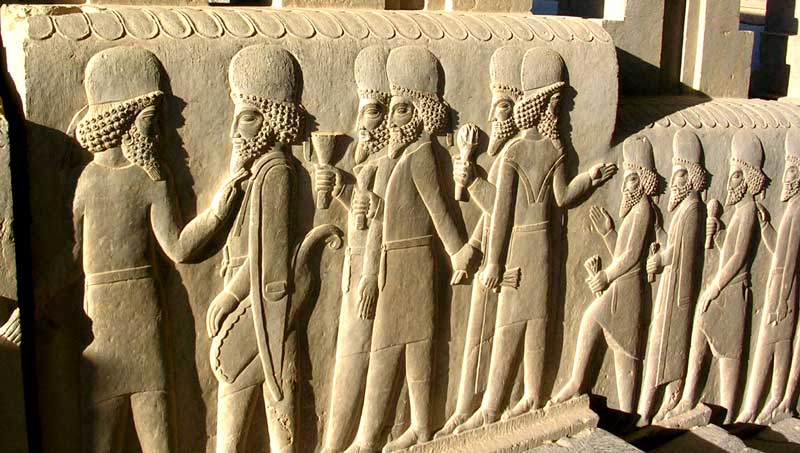 We’ll stay today in Shiraz, visiting a notable and very original 19th century mosque, Nasir al-molk mosque, famous for its stained-glass windows, the beautiful Qavam Qajar house, known as Naranjestan-e Qavam and the only remaining vestige of a Safavid period building (17th century) in Shiraz, the theological school of the Khan. We’ll then walk through Vakil Bazaar, full of the smells of spices and the colors of nomads’ traditional clothes, passing through the still- active urban caravanserais of Moshir and of the elephant, before arriving to Vakil mosque built in 1760 by Karim Khan, the founder of the short-lived Zand dynasty. His tomb is located just nearby, in a highly decorated pavilion built in the middle of a garden, not far from his citadel (Arg-e Karim Khan Zand).

The visit will end with a religious visit to the holy shrine of the lord of the light, Shah Cheragh, which is the burial place of the brother of the 8th Shia Iman, who died in Shiraz in the 9th century AD. It will be the perfect place to talk about Shia Islam and its surprising cult of the saints.

We’ll leave Shiraz behind just like the ancient caravans, and find ourselves on one of the sections of the legendary silk road before reaching the first Achaemenid capital, Pasargadae (UNESCO), which is famous as the location of the tomb of Cyrus the Great, the founder of the Persian empire.

On the road towards Yazd, Abarkuh is like an oasis on the edge of the desert where we can witness human creativity in adapting to a harsh climatic situation.

We’ll arrive in the evening in Yazd, where we’ll spend 2 nights in one of its beautiful hotels (Hotel Dad, Laleh or Safayeh). 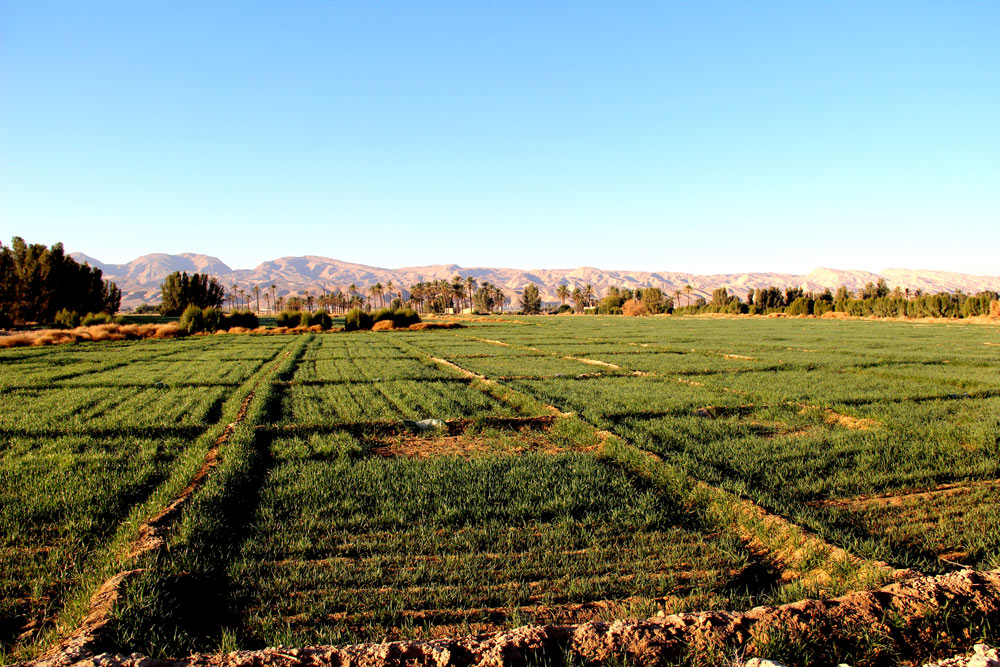 This day will be a good opportunity to get in touch with the Ancient Iranian religion, Zoroastrianism, and its current community, thanks to a visit to the small village of Cham and its isolated Tower of Silence. Back in Yazd, the main Zoroastrian center in Iran, we’ll visit its Fire Temple where, depending on the circumstances we may have a talk with a Zoroastrian Mobed / priest. Just before lunch, we’ll also have the opportunity to visit a lovely 18th century AD garden with the highest brick wind catcher in the world, the Dowlat Abad Garden.

Yazd’s main attraction is its historical urban layout, one of the best preserved in Iran. We’ll get lost in the Old city, walking through narrow streets and its beautiful 14th / 15th century Friday Mosque decorated with gorgeous colorful glazed tiles.

We’ll end this very full day on the main square of Yazd and its Amir Chakhmaq complex.

On the road to Isfahan, on the edge of the central desert, we will visit Now Gonbad, a well preserved Caravanserai before reaching Nain, a city with a rich monumental heritage including one of the oldest mosques of Iran and a number of religious complexes dedicated to the martyr of Hussein, the grandson of the Muslims’ prophet, to be discovered in a pleasant walk through the narrow allies of the old city. After the lunch we continue the road toward Ardistan where we can admire the great mosque of the city and its unique architecture.

We will arrive in Isfahan in the evening where we’ll spend 3 night stay in a city-center hotel (Aliqapou, Safir or Piroozi hotel). 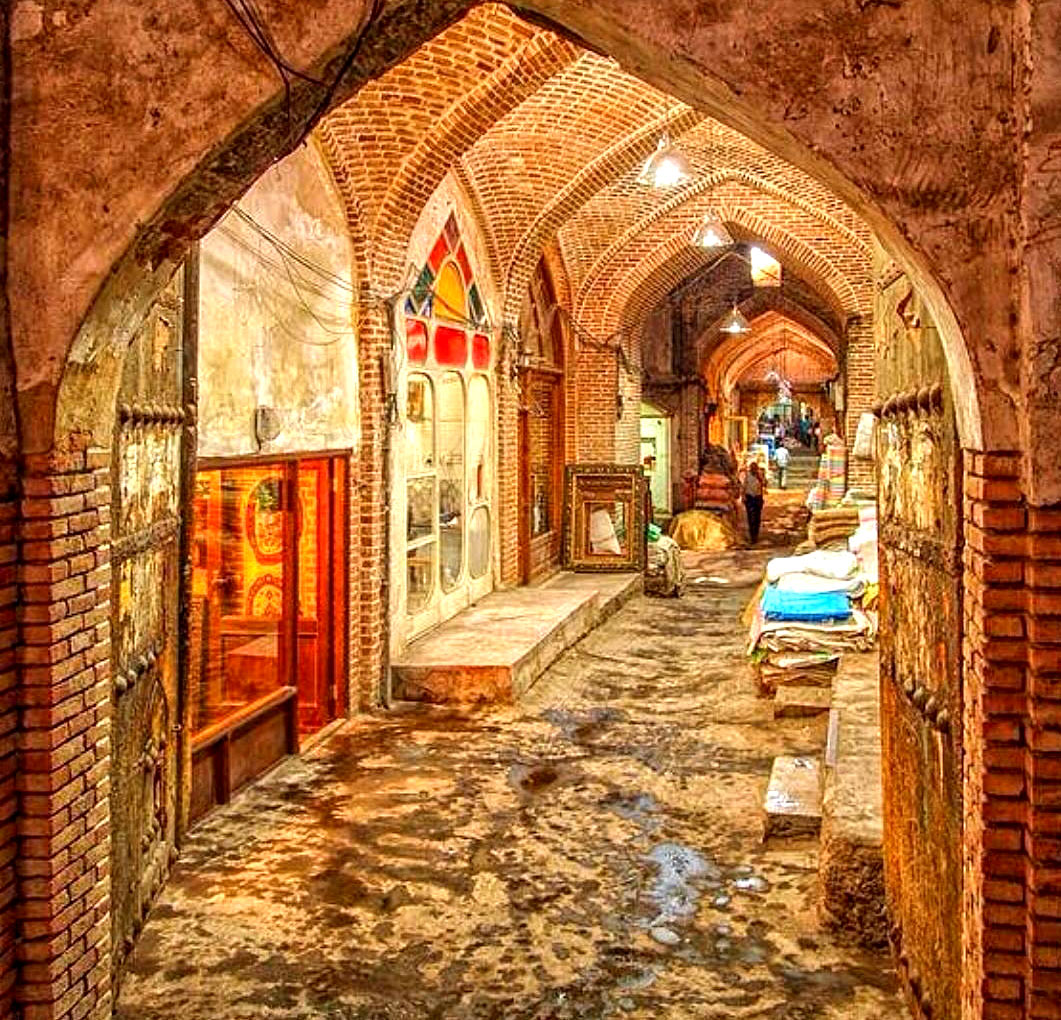 Isfahan was chosen as the capital of Iran in 1598 by Shah Abbas I. After this decision he started a great urbanism project for the city planning many palaces, gardens, mosques and royal monuments. The European traders witnessed in the 17th century the prosperity of Isfahan and called it the HALF OF THE WORLD, a city which competed with Paris, Rome and London at that time.

We will start the visit with the Armenian neighborhood, No Jolfa, and get familiar with the story of their immigration to Isfahan as part of the Safavid king’s plan to promote the city. After the lunch, the visit will continue in Jay, the ancient Jewish quarter which is now embracing one of the most unique mosques of the Islamic world, the Isfahan Friday Mosque (UNESCO), a monument with more than a 1000 years of history and architectural evolution.

Right beside the mosque is the ancient centre of the city, surrounded by traders’ boutiques and a Safavid period holy shrine, the Harun Willayat mausoleum located just nearby Ali Mosque.

Today will be focused on Safavid Isfahan with the Naqsh-e Jahan square (UNESCO), the mosque of Sheikh Lotfollah, the Royal Mosque, the Ali Qapu and Chehel Sotun palaces. We’ll enjoy some free time to end the day;  which, if you wish, you can use for a pleasant stroll through the fascinating, historical Qeysariyeh bazaar, famous as an important handicraft center in Iran.

We leave Isfahan and its beauty behind and continue toward Natanz, a small city in the mountains, where is to be admired a small historical Friday mosque associated with the shrine of a Soufi spiritual master (14th century AD complex).

Kashan is the last stage in our trip, with the best preserved historical Persian garden, built in the early 17th century by Shah Abbas the First. Before leaving the city, we’ll have the opportunity to visit a good example of an Iranian traditional house, with the Borujerdi or the Tabatabai House, which is more like a small palace.

The route will continue to Imam Khomeini airport where we’ll spend 1 night in the Ibis airport hotel.