The middle east region has not always been the first choice as a trip destination. Iran, especially as a country with a modern history full of ups and downs is not an exception. However, during recent years Iran has become a mysterious destination for many travelers, and its name appears in the travel catalogs.

The problem is that the information about Iran is most of the time contradictory, they are at the two points of a spectrum, either concerning political conflicts between Iran and the U.S or the amazing photos and videos of travelers and bloggers.

Both of these images are two but they are not the whole image, after years of working with foreign travelers in Iran, I have come up with a list of stereotypes that are going to be corrected once you come to Iran.

On the way to Babak fortress in northwestern Iran

Iran is a vast country, it is true! It is three times bigger than France.

Iran also has the most spectacular deserts, one of them is registered as a natural UNESCO heritage sites, Desert of Lut.

But it is not the whole story, Iran has more mountains than the whole Europe, some of them covered with snows and ice all year long. There are several ski resorts on the southern hillsides of Alborz mountains and western mountain ranges of Zagros.

Iran benefited from the blessings of the forests as well. In northern Iran, a green belt is drawn from east to west. The Caspian Hyrcanian Mixed Forests are part of these forests and also a UNESCO heritage, alongside the rice and tea farms and small villages in the heart of the forests. On the western Iran also the vegetation is different and unique, specially the forests of golden oaks of Luristan.

One of the first things that surprise foreign travelers is the quality and the expansion of asphalt roads and railroads and trains as well as the airplanes and airports. This Idea probably comes from the experiences of travel to India, Armenia, or Uzbekistan.

The main railways in Iran

Iran is a country, rich in natural resources, this is the main reason that it can struggle with the American sanctions to this point, although no one can ignore their devastating impacts.

The oil’s money has started to construct the country since the 1950s, and that is the reason the condition of roads and highways in Iran, is considerably great. Almost for any route, there are buses with comfortable and clean seats. The railroad networks are also connecting the four corners of the country with flexible schedules. The aviation services are also significantly high, there are airports almost everywhere, and flights from Tehran to all provincial capitals and almost all major cities and towns are available daily. The only problem is that due to the sanctions it is not possible to reserve and pay online with a credit card, but you can ask a travel agency to book your tickets. 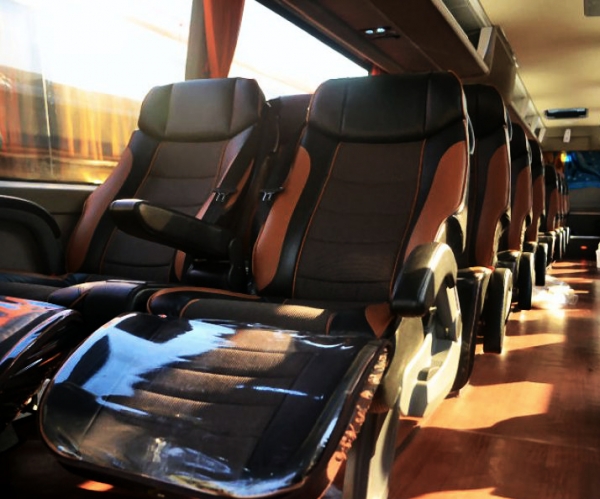 the most common type of bus in Iran, known as the VIP bus 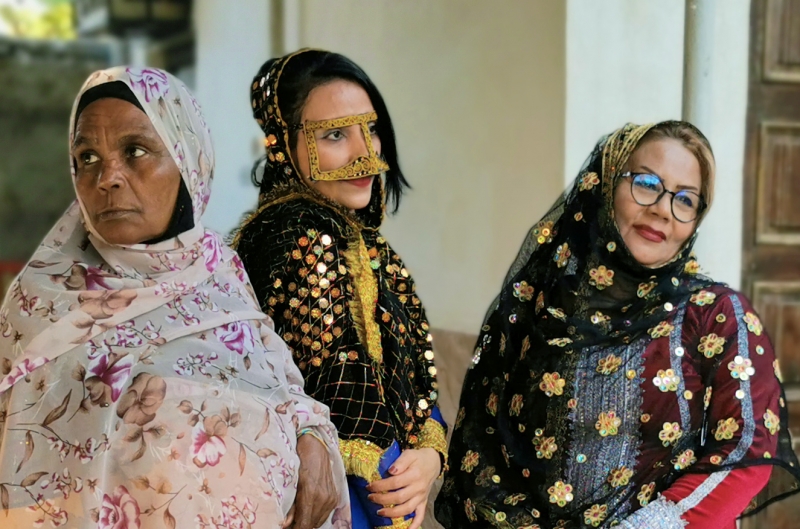 Members of a traditional music band in Hormozgan province

Women covered in long and black scarfs, suppressed and invisible from all of the social activities is the image that many have about Iranian women. It is not completely false. This image exists, partially because the western media covers the political news about Iran and it is the aspect that attracts more viewers about Iran, in other words, it is what the audiences expect!

But there is a whole different image that is absent from the political propaganda and it is the image of the majority.

As a young Iranian woman who grew up in a traditional Iranian family, my education and my financial independence have always been a priority for me and my family. I have always had the example of my mother as a hardworking, educated woman and it helped me to grow.

Iranian women are amongst the most suppressed, but most active women of the region as well. In recent decades, Iranian women have been able to make their way into the domains that were previously reserved for men. The majority of university students are girls, Iranian women play an important role in shaping the image of modern Iran in the social, political, scientific, technological and art fields. Feminist movements have been active in Iran since before the 1979 revolution. 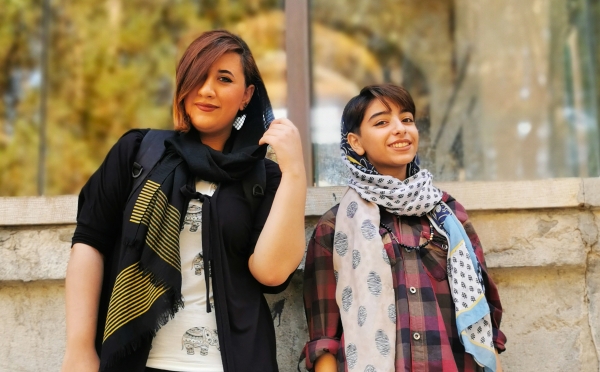 Another surprising moment for foreign travelers is when they see the way Iranian women dress and have turned the obligatory cover into a lux accessory. The way most of the Iranian women are dressed is far from the instruction who are telling women should be dressed in long, black covers. Click here to learn more about the women’s dressing code in Iran.

Iran is an Islamic country with traditional society, homosexuality has always been a taboo in Iran and it has become officially illegal after the revolution of 1979 and punishable IF it is proven by two eyewitnesses. Although, the punishment is not implemented for many reasons such as the impossibility of proving others’ sexual preferences.

However, the situation for transsexuals is different since it is legal and the surgeries are partially financed by the government.  (WIKI)

If you are part of the LGTB group and you intend to travel to Iran alone or with your couple, you do not need to be worried about your sexual preference at all. First of all, no one is interrogating you about your sexual activities, or questioning your relationships in your privacy. According to the rules in Iran, once you are in your private space, you are free to do as you wish. However, discussing it or acting on it on the public is not advised, as it might cause cultural shock and can be considered offensive by conservative people.

For more information, I will gladly answer your questions in this regard.

This is a common misconception about Iran. In Iran the official language is Persian, which is an Indo-European language, i.e. it is closer to French or English than Arabic.

This language has been spoken in Iran for centuries, even before the emergence of Islam in the Arabic peninsula. After the invasion of Muslims in the 7th century, the Arabic language became the official language in Iran for almost two centuries. The situation changes in the 9th century, once the local and nationalist dynasties started to revive the Persian language with the help of the Persian literature.

However, the alphabet was shifted to the Arabic alphabet and it remained that way. Therefore, we write the Persian language with the Arabic alphabet, as an example to make my point clear, in Tajikistan people speak Persian as well but they write it with Cyrillic alphabet.

However, Iran is a vast country with a variety of ethnicities, languages and dialects. For more information about Iranian ethnical diversity read this article.

As I said before, Iranian are officially speaking Persian, but it does not make them all Persians. Iran is home to a large variety of ethnic groups, Arabs, Kurds, Turks and Turkmen, Baluches, Lurs, and the Afghan community who are born in Iran. 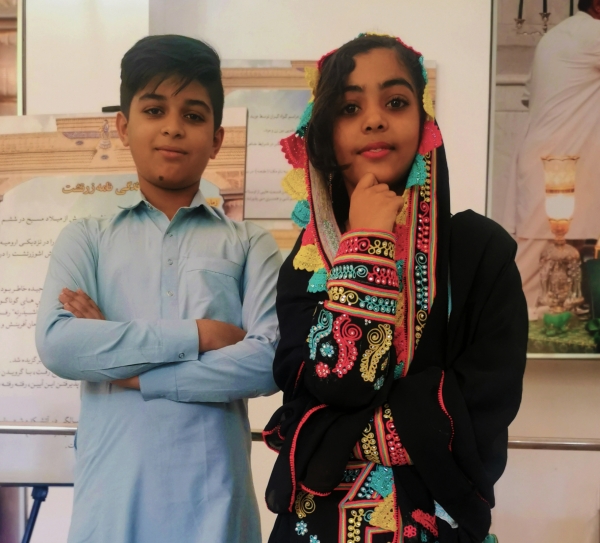 This is the beauty of a vast country like Iran to have a variety of cultures. Since on one trip you can meet people with different languages, cultures, and religions living peacefully in one country.

For the map and more explanations about Iranian ethnicity read here. 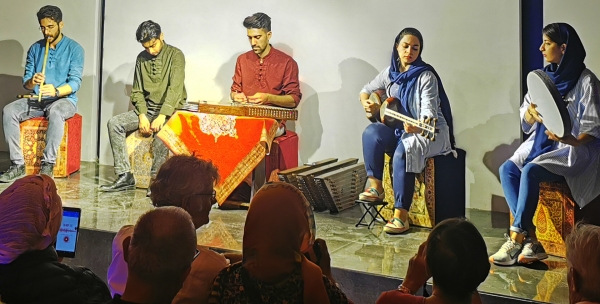 I remember I once proposed a foreign traveler to take the chance and participate in an Iranian traditional concert and she told me, “I am living nearby the Arabic cultural center in my hometown and I know Iranian music”!!

Well, perhaps there might be some similarities since music is part of the culture and a dynamic entity that can get blended with other cultures. But Iranian music, especially the traditional music, has a long history dates back to 4000 B.C.

Music and the instruments have evolved, mixed, and changed during the history, during your trip in Iran you can either visit the Isfahan music museum or Tehran Music museum both are perfect places to pass time, learn about Iranian music and musical instruments such as Tar, Setar, Tambur, Qeychak, etc, and probably participate in a short live concert.

We do use a lot of different spice and herbs in our food, but the chilly and spicy food are usually specialties of southern and southeastern regions of Iran, which are truly tasty and well made.

For many of the Iranian dishes, we use Turmeric, Cumin, walnuts, pomegranate juice, sour orange, dried lemon, tomato paste, different mixtures of herbs and vegetables, etc.

The color and the taste of Iranian food are usually the results of these ingredients and Iranians are not handling the extra chilly dishes very well. It is no exaggeration that tasting Iranian food is one of the highlights of any travel itinerary in Iran. 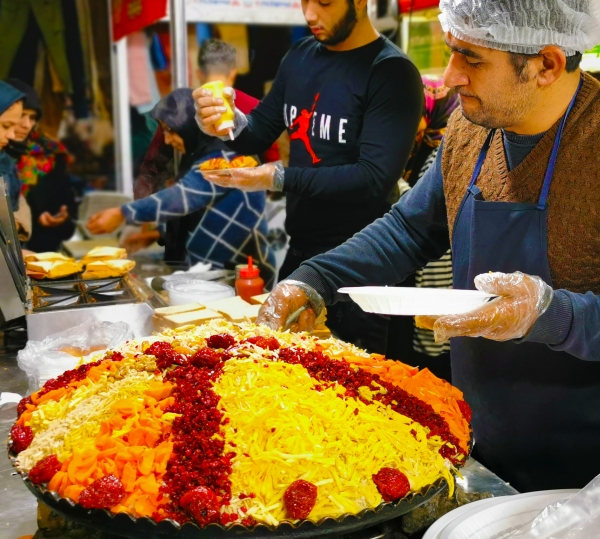 This title might need a long article for itself, but I try to sum it up in a few sentences. I am not here to open up all the diplomatic or political disputes of the region or the proxy wars of Iran, but Iran never invaded any country.

We all live in a world that even in the most democratic countries, sometimes there is a great difference between the population and the governing system. Therefore, as long as it concerns Iranians, they never imposed war on any nation, and they are not part of any war or violence around the world.

Iranians never confirmed the extremists’ attacks around the world, and in fact, they have been the victim of these attacks. Iran was one of the pioneers of fighting with ISIS in Iraq and Syria. 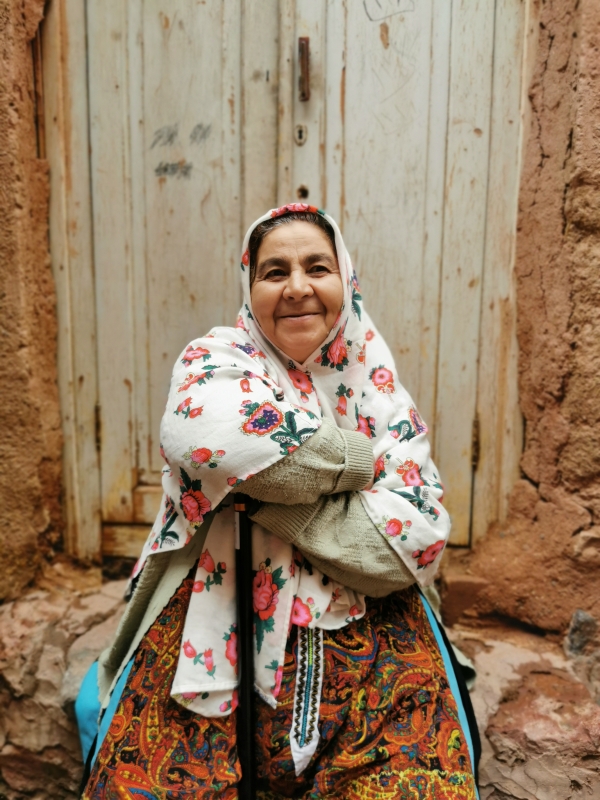 One of the residents of Abyaneh village

One of the permanent images of Iran is the people in black demonstrating in the streets and shouting and firing flags. This is true, but this is not the whole image of Iran. Iranian people are known for hospitality . As a matter of fact, I believe after your trip to Iran the one thing that might impress you more than anything is not the nature or the magnificent monuments or the history, it is the people.

Iranians are not at all shy, they love to pose for your camera, ask you about your country and know your opinion about Iran. above all they love foreigners, this can be because of all those decades that the doors of the country were closed to the world, and now they are excited to see you in the streets, or maybe, they just want to change your idea about Iran, because we know what is the image of Iran in some western media.

However, if you are reading this blog and you plan to travel to Iran and even just want to know more about Iran, you are halfway there and free of the prejudgment imposed by the media.