The Iranian cinema has been recently known to the world by great directors like Kiarostami, Farhadi, Panahi or Rasoulof. Their movies are among the great cinematic productions with a variety of themes and they have won so many awards in international festivals and their films are world widely being watched and praised.

But there is another set of movie production in Iran which is as intelligent as these famous, international films, yet less known even to the Iranians. Partially, because most of these movies did not have enough budget for advertising, another reason is that some of these movies have been banned for several years due to the strict regulations of the Ministry of Culture and Islamic Guidance.

Here I intend to talk about five contemporary movies that I, personally, appreciated. Of course, the list can go on longer than five movies.

The name of Mohsen Amiryousefi might not be as well known as Asghar Farhadi or Jafar Panahi, but he is an internationally known Iranian director with only three movies in his career.

His first movie, the Bitter Dream (2004) only got the public release permission in 2016. His second movie, the Fire Keeper (2009) also went through many modifications and editing. However, both movies were already known in international festivals like Cannes, Montreal, Chicago, Tokyo, and nominated for prestigious awards.

The common point about his movies is the dark comedy that makes you aches and smile at the same time. He points his finger to the very sensitive issues of the Iranian society, in the Bitter Dream he is playing with death and the Muslim religious idea of the death angel, Azrael, in a small town. He has skillfully chosen the actors of this movie from the non-actors and they are playing their actual and real-life roles.

His second film, the fire keeper (2009), is also an international award winner. Like the previous one, the movie is tickling the Iranian traditional and religious beliefs. The story is about a man whose wife asks him to perform a vasectomy, a surgery which is still a taboo for the Iranian men. This Modern irony is about the declining patriarchal values in the traditional Iranian society as opposed to the rise of modernism. 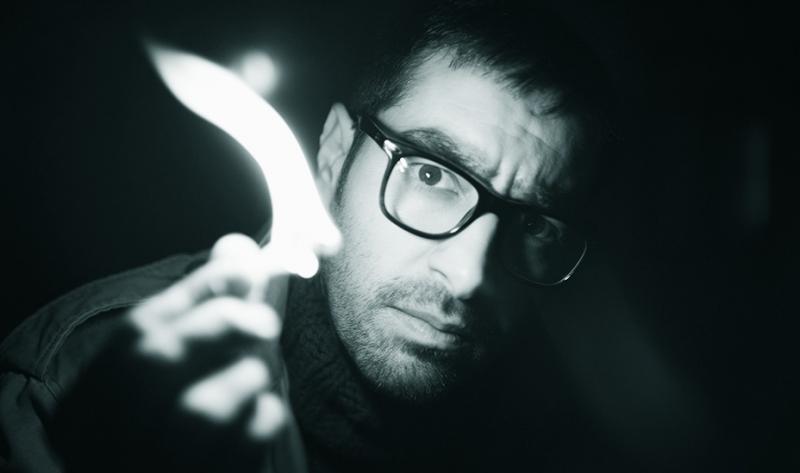 But here I want to write about his third and less known movie. A movie that was banned for eight years, but the director refused to release it abroad and waited until finally, he got permission to release in Iran, although with some modifications and censors.

The movie surrounds the 2009 presidential election events and its aftermaths in Iran. the location of the movie is Monir’s house, an old and lonely lady, who does not have many relatives, except for her cousin Sima.

In the heat of demonstrations, Sima hid some of her activist friends in Monir’s house. Once they leave, Monir notices a sign on the door, which means the police are monitoring her and they might raid the house.

In fear of getting arrested, she tries to get rid of anything in the house that might cause her trouble. While going through the belongings of her family, the memories rush into her head and she cannot distinct anymore between the dream and the reality.

She starts talking to the photos of those who are gone and now their only memory, is their pictures on the wall. her deceased husband that used to be a monarch supporter, but hypocritically became a religious man after the 1979 revolution.

Her older son who was an Islamic revolutionary and got killed in the war between Iran and Iraq. Her younger son who went a different path and after being graduated from university, could not find satisfaction with the social and political situation of Iran and immigrated to the United States.

Finally, her brother who was a member of the communist party and an active revolutionary. He got imprisoned and then executed a few years after the revolution.

This movie is using the obvious elements of symbolizing for developing the characters, but due to its novelty and touching a sensitive subject, it turns out to be a warm and familiar story for many Iranians.

Monir symbolizes Iran, who has been through a lot of ups and downs during the history and has many children who love her despite all of their disagreements.

The intelligent dialogues, the flashbacks, the sad twist at the ending, all are a great combination that made me watch this movie twice.

as an Iranian woman in her 30s, I can easily relate to this story. Since there is a wall with photos of those who are passed away or immigrated, in almost every Iranian house.