Tehran, the home to almost 10 million populations is to me like a giant monster that has been expanding with no rules or regulations. As I hate traffic I always avoid going out in Tehran as much as possible, but sometimes in occasional strolls and while passing by you come to pass by buildings who are like a beautiful little flower growing out of a cement ground. Most of these building to my knowledge date back either to 30s when Tehran was starting to reborn as a modern city under the management of the first Pahlavi king, Reza Shah. These building can be found around the center of the of the city, the Grand Bazar, the 30-Tir street and specially the Baq-e Melli (National Garden) compound, also referred to as Parade Square. 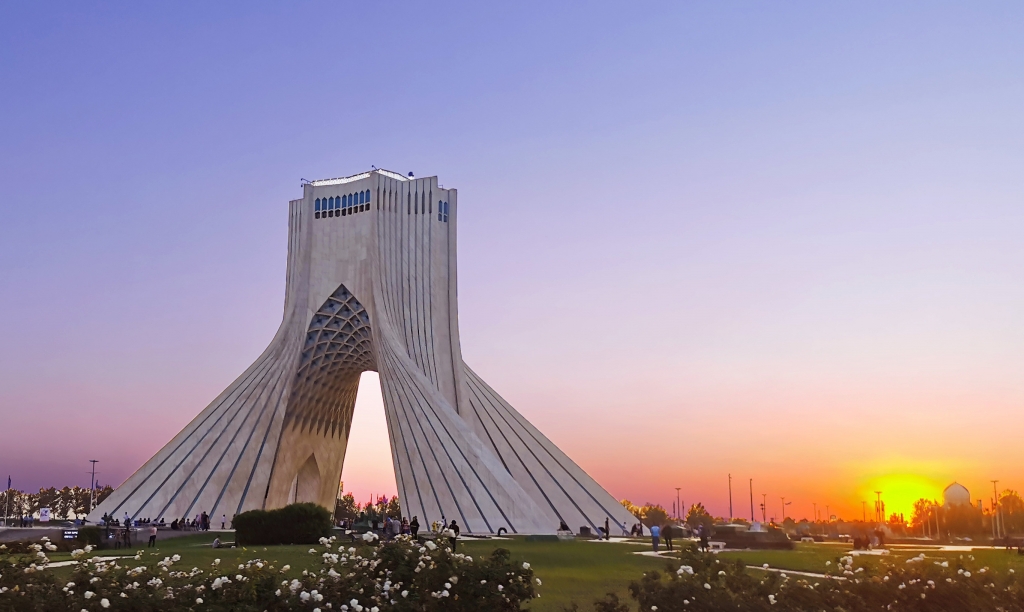 The modernization of Iran accelerated because of the nationalization of oil industry and the augmentation of oil’s income in 60s and 70s. Consequently, under the supervision of the queen of the time, Farah Diba Pahlavi, many modern constructions were being built. Some iconic examples of this era are the Azadi Tower built in 1971, formerly known as Shahyad tower, which used to be the symbol of Tehran.

Another worth mentioning example is the Tear-e Shahr (City Theater of Tehran) built in 1972, which like the Azadi tower is an intelligent and artistic mixture of architectural traditional elements in a modern reinterpretation. The building is inspired by the funeral tower of Tuğrul, a 12th-century monument, located in the city of Rey, as well as the combination of abstract decorational motifs with tiles and bricks is a reminding of Ilkhanid building (13th – 14th century).

The other instance, is the Roukadi Hall built in the late 60s due to the queen’s interest in performing art, as well as Iran’s pioneering role in the performing arts in West Asia, the hall is greatly influenced by  Vienna State Opera and the name has changed to Vahdat Hall after the revolution in 1979.

Besides other outstanding examples of these 60s and 70s architectural like the Niavaran Royal palaces which is truly a 60s luxurious life frozen in time, there are other public and marvelous buildings scattered around the city such as the Contemporary Art museum or the Carpet museum, both are intelligent combination of traditional and modern architectural elements.

This is also the period that the middle class started to get more powerful in Tehran, and through direct contact with architects they started to build unique houses all over the city. Unfortunately, most of these houses have been destroyed and meaningless towers are built in their place. Some of them have turned into art galleries, restaurants or cafes which gives us the chance to explore them. Mostly located in the 6th district of Tehran, not far from the French embassy, and open to the visitors. 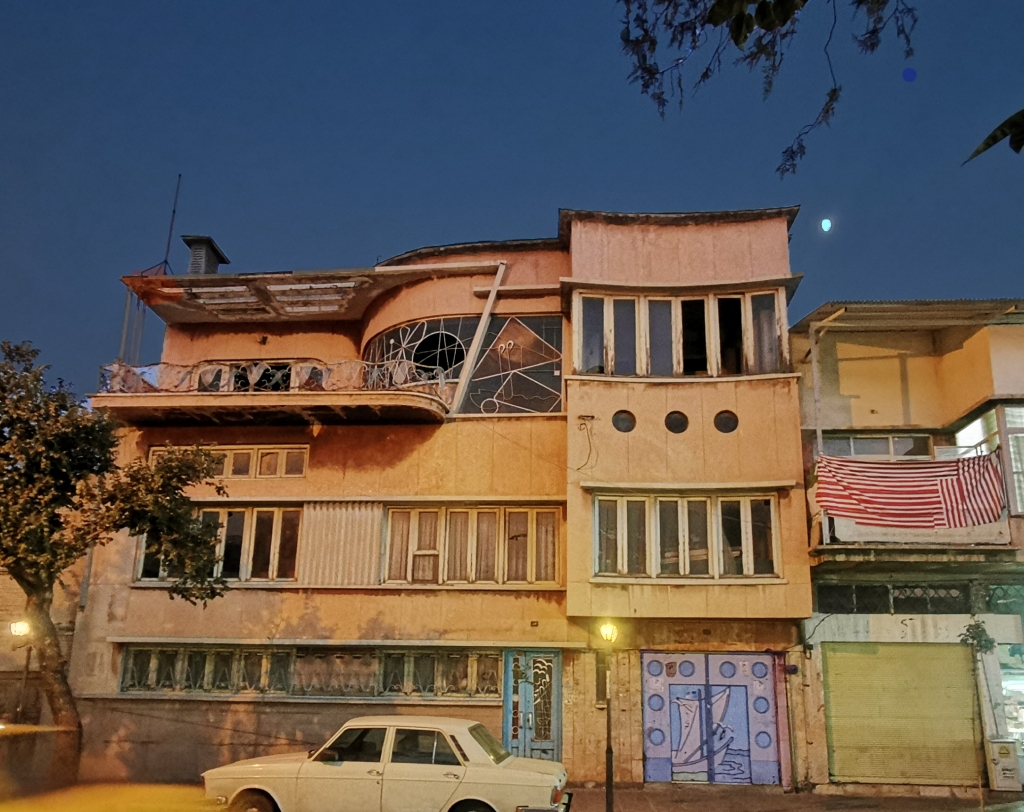 The third wave of the modern architecture of Tehran are the new and modern architectures appearing in the city in these recent years. One of the most striking examples of this emerging style is the Nature Bridge, built in 2014, that is becoming the image that comes to mind, when we talk about modern and contemporary Tehran. This bridge is not only an enormous, two floor, pedestrian structure connecting the two parks together but also is one of the popular place for the residences of Tehran to gather and enjoy its cafes and restaurants.

Another recent modern structure is the Milad Tower which is sometimes considered as a replacement of the iconic role of Azadi Tower. The tower is a part of the International Trade and Convention Center of Tehran, which also includes a touristic complex including hotel, shops, restaurants, aquarium, etc.

However, the modern architecture is not limited to the huge, public structure and there are still many newly constructed buildings with residential or business functions. One of the well-known ones is the Sharifi-ha house, built in 2013, designed by a young architecture, Alireza Taqhaboni, who has designed other interesting construction projects in Iran and abroad.

The feature of this house is its rotating rooms that can change the façade of the house and bring light and warmth of the winter sun or turn their back to the heat of the summer sun. these are many other examples of such construction, mostly being built in the wealthy neighborhoods of Tehran.

Another remarkable modern building is just right beside the City Theater building, a mosque that has been constructed in the most modern way possible and has no dome or minaret as the traditional elements of a mosque. This mosque has been a case of many dispute because of its unconventional appearance and it is truly one of the most creative religious modern buildings.

This article is an introduction to a one-day extension itinerary of Tehran with focus on the modern architecture of the city.

We will start the visit by Azadi Tower and end it by the Milad tower, in between we will visit several outstanding buildings from different era starting with late 19th century and early 20th century and continue with the 30s building which were imposed on the still rural image of Tehran and now lost in the iron forest of the city.

During the visit we try to cover another interesting aspect of the modern architecture which is its influence on the religious buildings, notably the modern and minimalist mosques.

One of the powerful points of the visit will be a short meeting with young architectures in their office and discussing the ideas and obstacles of this group, as well as their perspective of the future of the urbanism development of the city. Click here for planning your customized visit.

** Due to the time of the visit we can offer a visit in one of the big construction projects of the city which intends to be a huge hotel, shopping center and business center and talk with the manager of the project.