Internet in Iran; Limitations and Solutions

Previous Next
Internet in Iran; Limitations and Solutions 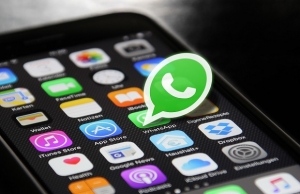 We live in a world that not being connected is like to be deaf or blind, most of us do not remember the last time that we were disconnected from the world wide web for more than one complete day, so it is normal that one of the main concerns of travelers to Iran is how to stay connected in order to check the news, to send photos and their news to their family or to simply check the google maps to see where is the nearest restaurant!

During the recent years that I work more and more with the foreigners who are travelling to Iran, I have had this impression that they have a wrong and often a very negative and untrue image of the internet services in Iran; usually they believe that there are no good internet services available in Iran, or it is not available for foreigners, or even if they can get access to the internet every website and application is blocked, since it is the middle east after all!!

Therefore, I decided to dedicate an article to the internet services and the way you can have internet as a tourist in Iran.

Internet in Iran is owned by the state, and almost every Iranian has access to the internet on their mobile or through WIFI. As a matter of the fact, Iran has been awarded the UNESCO special certificate for providing telecommunication services to rural areas, and the Iranian are the having the highest use of Internet among the middle eastern countries. 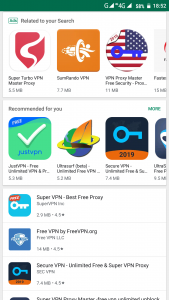 The WIFI is almost accessible in any hotel around the country and I have recently noticed that in big cities, the cafes and the restaurants are providing WIFI for their customers. But, if you need to be connected to the internet more than often, the best and the easiest way for you is to buy a SIM CARD, the moment you get of the airplane you see some stands in the airport that are offering you SIM CARDS for a very cheap price. These stands belong to one of the two main Iranian operators, IRANCELL or MCI, and there is really not a big difference between them in terms of the price or the type of their services and since last year they both provide 4G internet, usually they cost between 5 to 10 Euros and you only have to provide your identification documents. These SIM CARDS are required to be charged once in a while since you can make phone calls with them and send texts besides using them for data, so if you are travelling alone you can always buy the code to charge your SIM CARD everywhere in the super markets, the newspapers booths, or even ask any Iranian to help you with it, however, notice that you are buying the code for the right phone operator.

So by now, you know that having access to the internet is very easy and quick in Iran, but I guess there is still one big question mark is left, which is the Internet censorship in Iran. Yes, the internet censorship exists in Iran, there are mostly the political websites, including the Persian language news agencies abroad as well as the pornographic contents are the main targets of this censorship, yet, the range of blocking websites can be extended to science, health, entertainment like music and films as well as software and applications. The main popular websites currently being blocked are YouTube, Facebook, Twitter and Google Plus and the main applications which are still popular among Iranians are Telegram and Ways. On the other side, WhatsApp is not blocked and works properly in Iran, you can also use any type of email or check the news on the non-Persian websites, also Instagram as one of the most popular applications among Iranians is accessible.

The Iranians are having access to all the be above mentioned blocked websites through VPNs, you can have access to numerous VPN applications in Play Store and download one or two since they might get blocked as well, and then the doors of the internet are again open to you.